In Thoughts on creativity 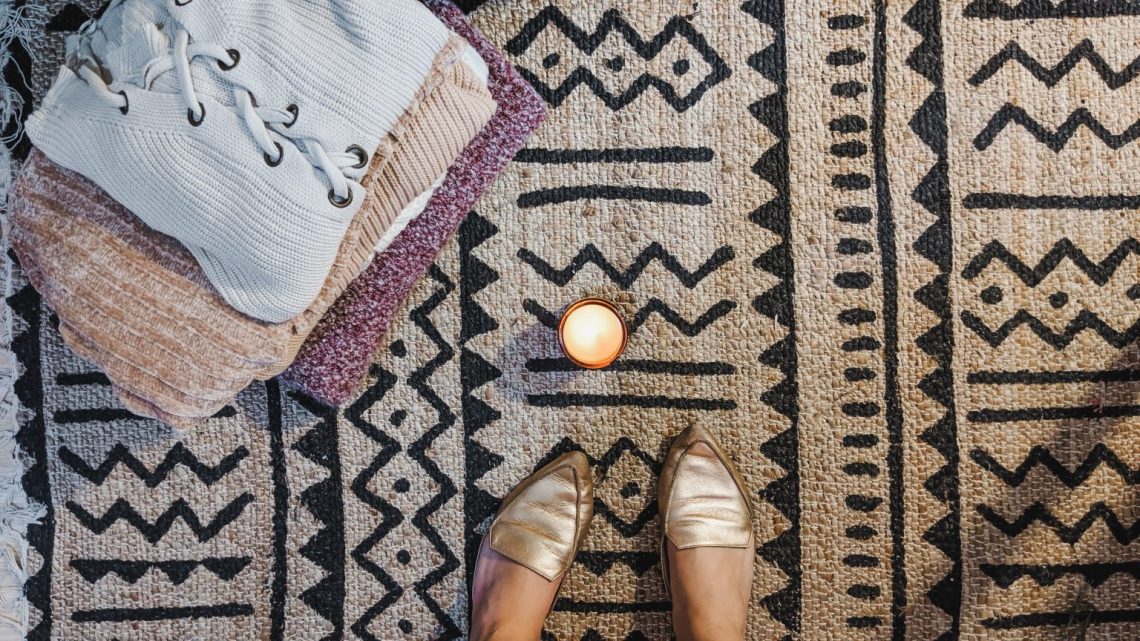 It’s mid-November and getting super chilly in Brooklyn. Halloween (which spanned two full weeks) and my birthday have come and gone, leaving autumnal sparkles in their wake. Libra season was pure magic (obviously), and Scorpio season has been treating me pretty well.

This week I’ve been doing a lot of coffee sipping, video editing, sketching, and observing the work of creators I admire. Watching what other people are making can be inspiring, but as you may know, it can also result in some existential spiraling around one’s own creative output.

As Maya Angelou famously noted, “you can’t use up creativity. The more you use the more you have.” But what happens when it piles up inside of you because the act of creating has become disconnected from the inspiration—from the creativity itself?

Today, I thought it might just be nice to chill on the scrolling/watching/consuming and check in here instead. Maybe get some of this off my chest.

I’ve been especially full of inspiration lately—as if I recently gave my brain clearance to bombard me with seemingly brilliant ideas day and night. Obligations like staying on task while hitting client deadlines and sleeping regular hours are difficult. In the midst of it all, I want to reach for my journal and scribble something down or sketch something out.

A DIY project here, a themed vlog there…

While seasons of extreme inspiration always feel like a blessing at first, they rear their ugly head quickly. Namely, because I’m left feeling too scattered to take decisive action on this ever-growing list of projects and goals (as a decidedly indecisive Libra).

On top of comparison-itis—a phrase coined by Marie Forleo, I think—I do believe too many options, ideas, and outlets can paralyze you rather than lead to abundant creative expression.

I’m feeling that lately. Do you relate? 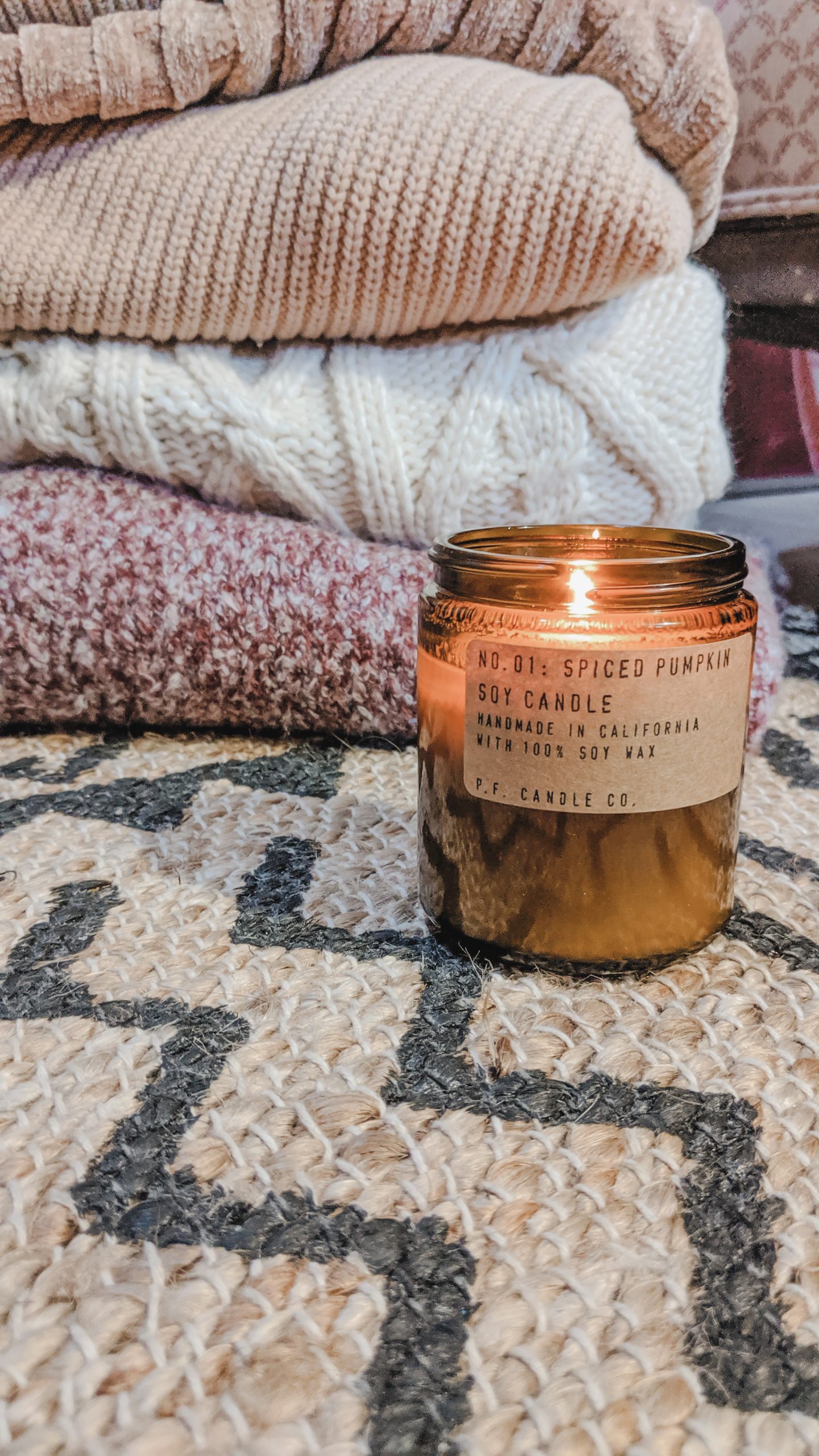 Perhaps if you’re also a right brain-focused individual, you know what I mean. Trying to exercise your creativity can turn into a vicious cycle of doubt, procrastination, flashes of inspiration, and …confusion.

There’s just so much I want to make and learn, so much inspiration to bask in and then “spin into gold”… but if I’m honest, much of the time I set aside for experimental creativity on my calendar ends up misused.

Sometimes it’s because I can’t decide what to work on first. Sometimes I can’t muster up the presence of that muse after the initial idea hits. Sometimes I can’t shake the feeling that there needs to be a “point” to the project. Is it monetized? Am I sharing it? Is the idea good enough?

I hate thinking that way, but sometimes I do.

I also fall into the trap of organizing my to-do lists, shuffling art supplies around, and reorganizing my digital and physical worlds needlessly as I chase that feeling of “having my shit together” in order to validate spending time creating.

I actually had this alarming thought the other day: Am I becoming all ideas and planning… and no substance? *gasp*

I’m not going to drag or judge myself for this, but I wanted to write it down, observe it, admit it. I don’t want to let myself get away with it anymore. And you know something?  I’m 99% sure I’m not alone in this struggle. 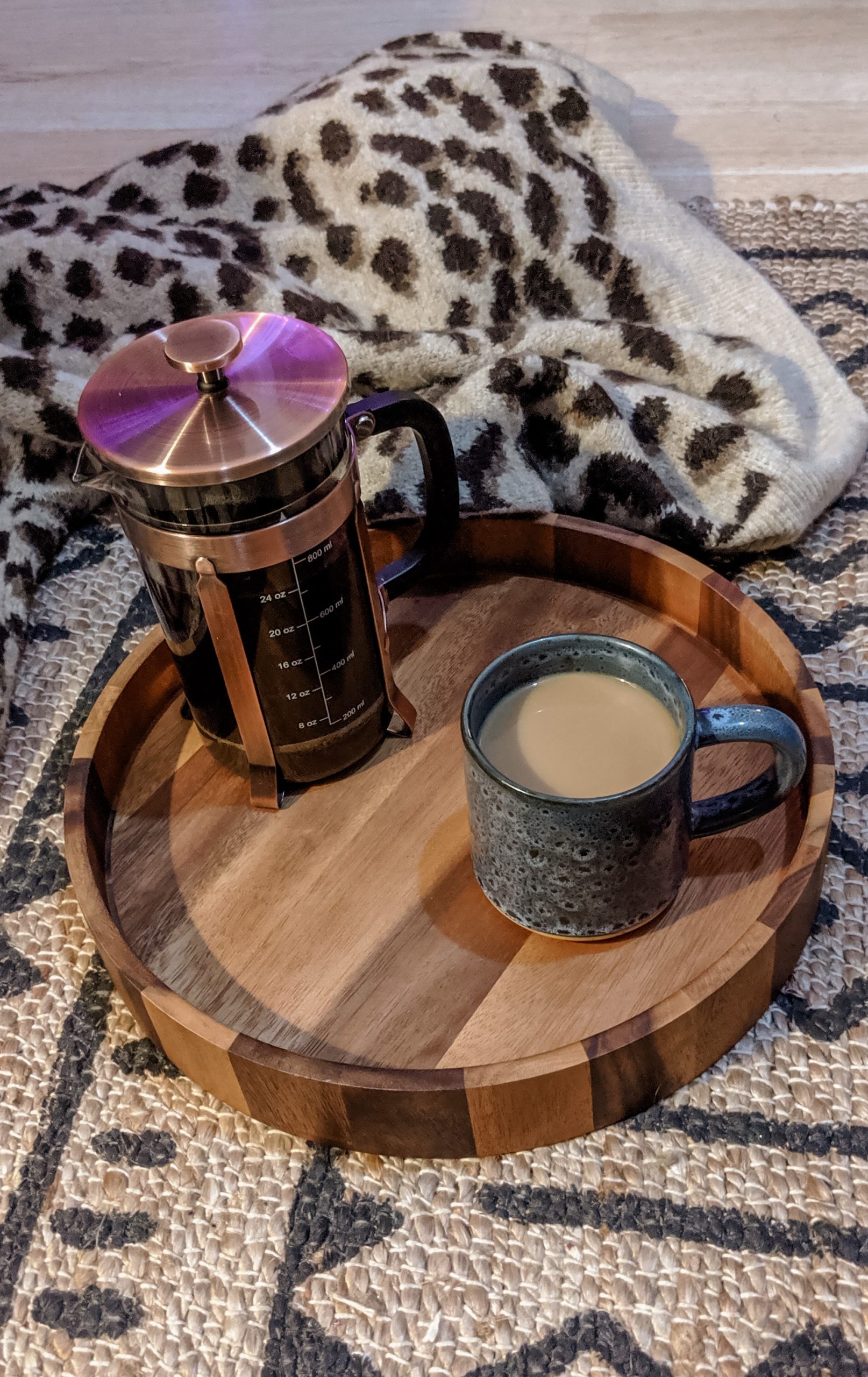 From decluttering my wardrobe (which I am attempting to document so I can put together a video on my channel for you to watch later) to deleting “inspiration” from my PC, I’m narrowing down the pool of stuff I have to sift through when it’s time to get to take some kind of action.

Here’s what I ~curated~ out of my schedule recently:

I also more-or-less stopped updating IG and tried to focus on the online courses I’m building for Freelance Writing Cafe—my life’s work, if you will.

I figured cutting down on my endless parade of projects would allow me to make real progress on one of them. And I did make progress, in fact…! I built out a large portion of the website, ran a week-long challenge, and gathered a list of writers who may want to purchase my course when I launch it.

So yes, there are glimmers of hope in the midst of the chaos, the procrastinating, the challenging bouts with creative output. If this month taught me anything, it’s that trying to do too many things at once leads to an unsettling sense of having fallen short across the board.

It’s not a good feeling to be left wondering what you could have done if you’d let yourself work at your full potential instead of hopping on the hamster wheel of comparison, distraction, and excuses. 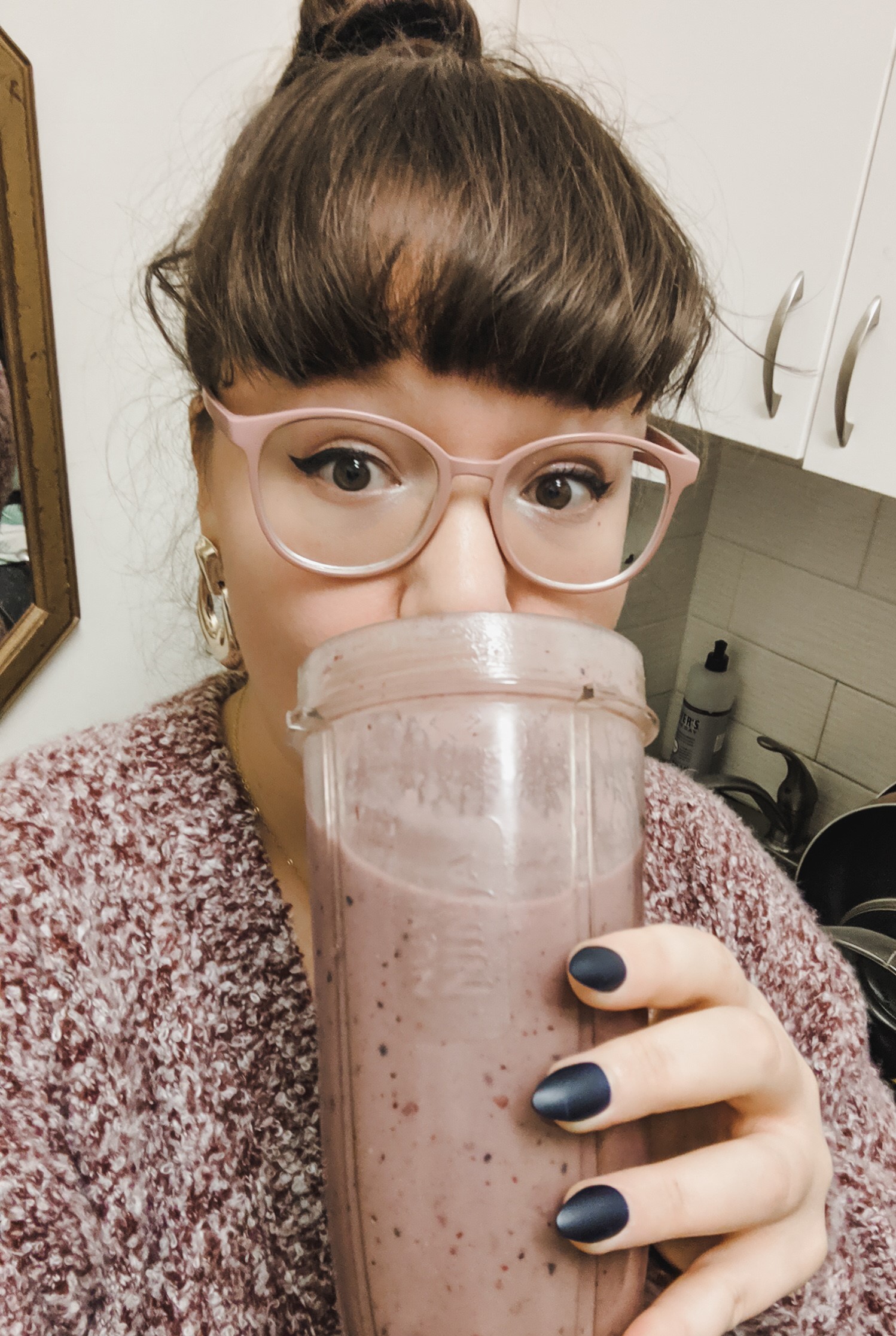 While I work toward developing more sound creative habits, I’ll also try to record more of my process here on the blog.

Whenever life feels chaotic, coming back to my little blog is as soothing as a cup of hot tea (or coffee). It’s like writing in a diary, except you don’t have to fuss over my zany handwriting. So here I am! To update you, to ramble for a while about creative torture, and even to drop a few solution-oriented ideas in your lap before I disappear behind the curtain again.

It’s funny how this blog, which used to be for “fashion and style” or whatever I felt pulled to write about over the past ten years, has become a pretty vivid reflection of my life. I hope to write here more honestly in the future…

Also, vlogging! I’m into it. As someone who’s always adored documenting and storytelling (I blew through disposable cameras like water as a kid) I jive with vlogging on so many levels. It’s so fun and easy for me to share parts of my life that way. I don’t really overthink it. I shoot, I voiceover, sometimes I just follow the world with my camera without knowing what I’ll do with the footage.

I know, real groundbreaking stuff, ha. But it’s so refreshing after spending so much time overthinking virtually everything I do (see above).

So, expect more vlogs from me! My YouTube channel is here. Subscribe and hit the bell if you want to step into my shoes for a bit each week.

Alright, friends. You’ve been so kind as to read this far.

With the above revelations in mind, I’m planning to face December with a lighthearted approach to creativity and life in general.

After all, my goals and milestones are self-declared and only exist in my mind. If I don’t hit them, all I need to do is dust my sketchbook or box of DIY supplies off the next day and try again.

That’s the beauty of engaging with your creativity. It’s a personal journey. We make the rules.

Let’s get out there (or stay home) and be fearlessly creative this week. I wish you a warm, cozy day with lots of steamy beverages and a some nice lo-fi beats to help you focus.

Michelle Christina (a.k.a. Mishka) founded heymishka.com in 2008 while studying fashion design at FIT. She has since documented her love of DIY, thrifting, and joy-infused living here. Fueled by strong coffee and faerie lights, she also trains freelance writers at Freelance Writing Cafe, vlogs at Hey Mishka TV and writes digital marketing copy for some of the world's biggest brands. 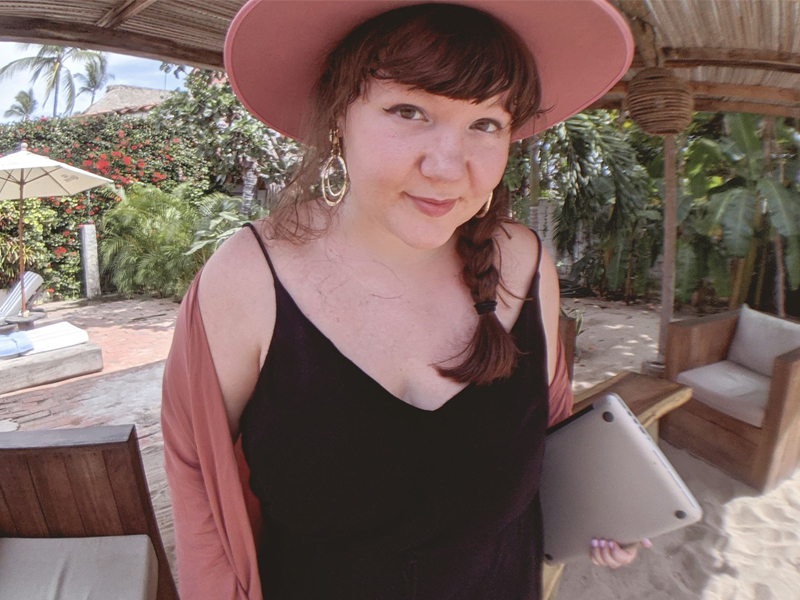 Hey, I'm Mishka, a.k.a. Michelle Christina. I'm a multi-passionate writer, mentor, and agency owner living in Brooklyn. This is where I've been sharing insights about creative and meaningful living since 2008.

My goal is to help you muster up motivation, set big dreamy goals, and find balance as a formidable, creative babe in this wild and unpredictable life. I hope you leave with something useful!

This blog is a passion project unrelated to my professional endeavors, but I occasionally do brand collabs and sponsored content. Check out my Terms of Use for more information.

Evening Skype + sketch with @zizi___top. It's so f

Cats get to sleep all day in the sun, run around t

Happy birthday to the coolest guy in the world: my

What's on your desk right now? On mine: Strooong c

Happy birthday to my quarantine bae!! 🎂🌠💫

Stepped outside to sip my coffee on the stoop. Eve

Greetings from the epicenter! This is how I walk o

This is the mood for the rest of the year. I was d