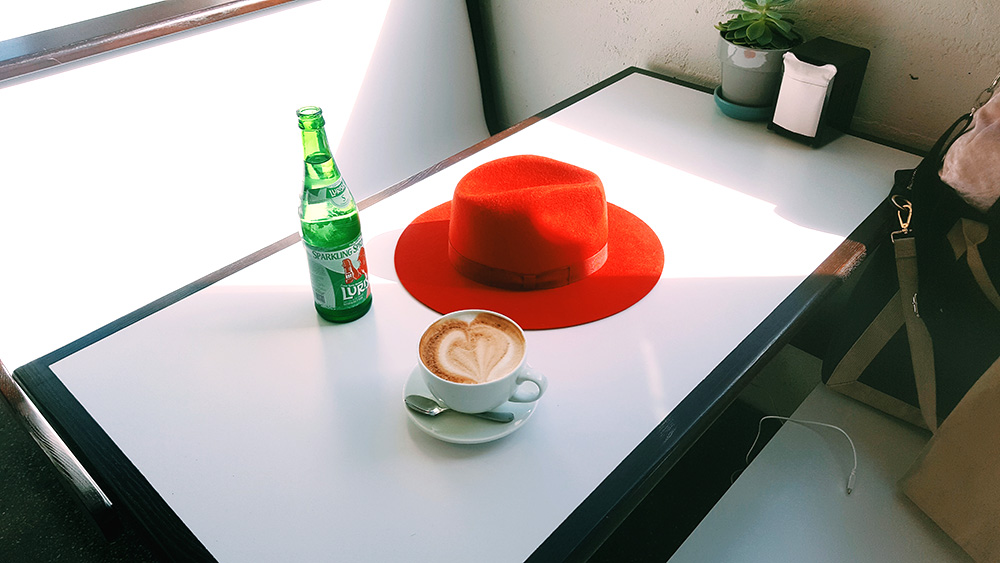 On a total whim the other night, I took a pair of scissors to my hair and chopped off 6″ or so. Maybe even more! It was getting super long, and even though I was having fun styling it this winter, I felt that cliche need for a change of some kind. It sounds silly if you’ve never done it, but it really does change your life when you lob off this much hair.

The last time I cut my hair into a short bob (way shorter than this) was when I was 25—here’s evidence!

Just like the first time, I felt like I had some heavy energy to shed. Some demons to release. January wasn’t the easiest month, and I sort of felt like I was dragging the 2017 version of myself along for the ride. 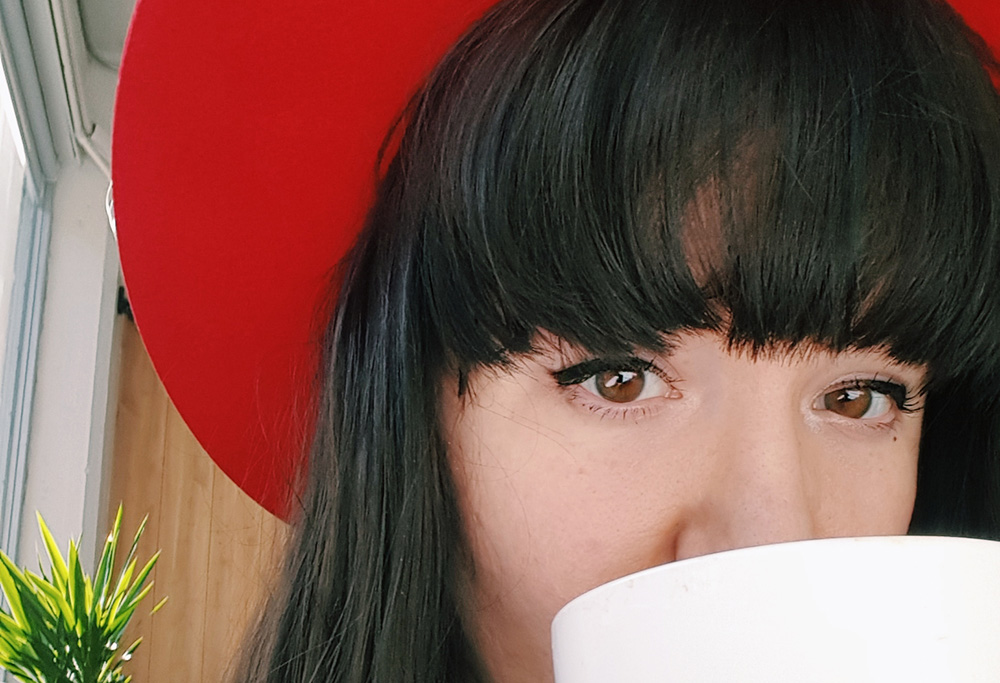 Aside from the idea of releasing energy and feeling lighter, I really like how it looks! I can wear it down with bangs or flip it over on my head for a sort of instant hairdo.

I was never really into “doing” hair or figuring out what style works for me. It has all been trial and error. Having long hair often meant just trying it up so I didn’t have to deal with it either way. Even when I dropped a fat stack of cash on balayage last spring, I had no idea how to make it work for me.

So, here we are. Short hair, happy Mishka, and my favorite hat. 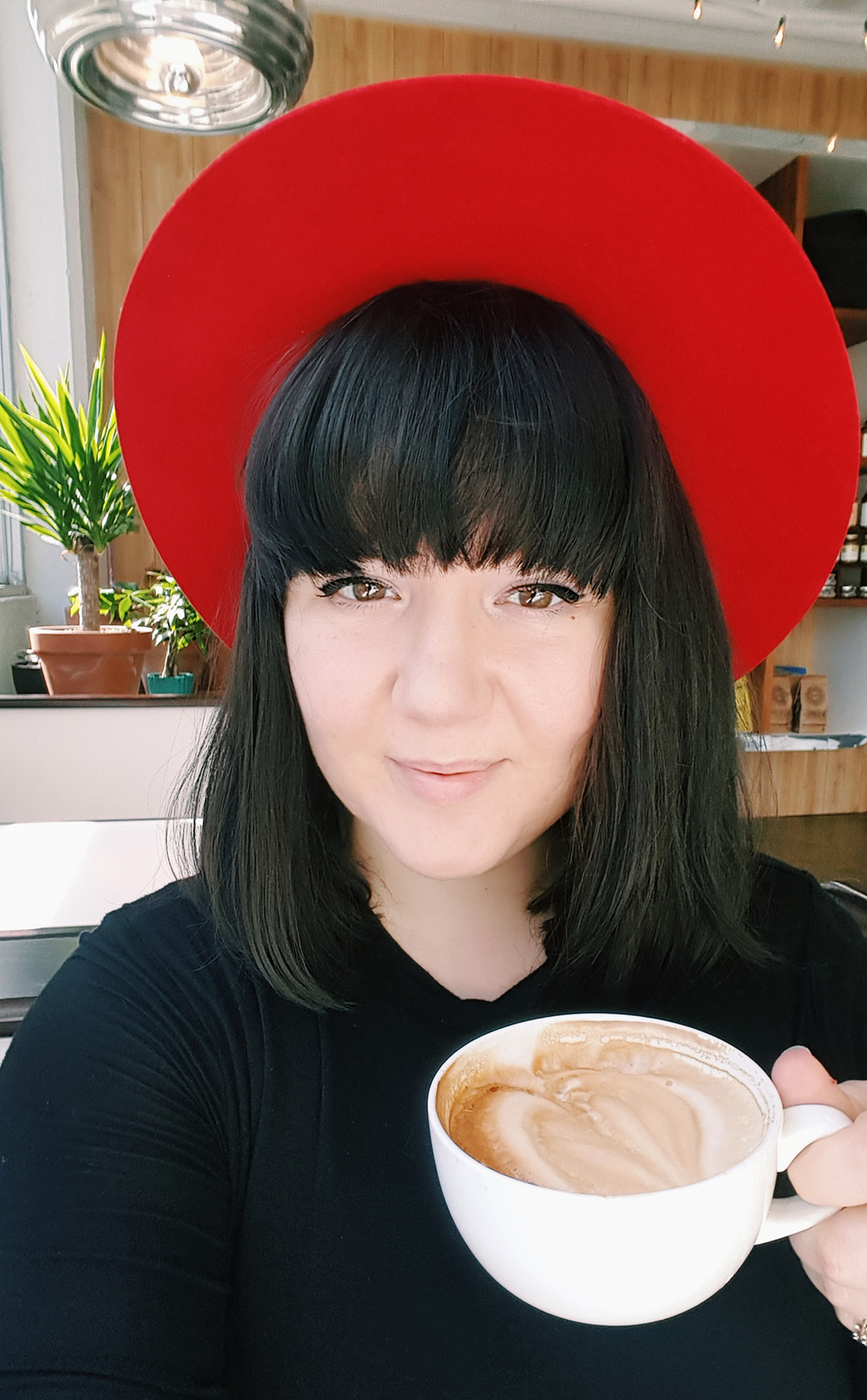 Get Pretty! My Summer Beauty Essentials 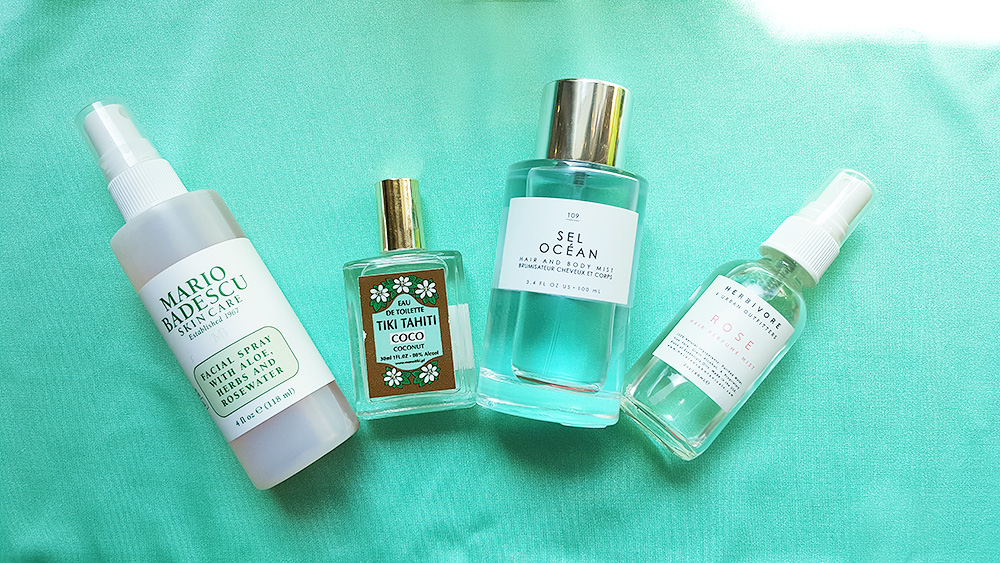 Finding fresh, delicious scents, sprays and beauty products is one of my favorite things to do—especially in the summer. What’s more fun than shopping for summer beauty products? I could spend an entire day wandering around the city looking for the perfect aromas, mists and soaps to box up and bring home.

A couple weeks ago, I did just that. Here’s a peek into my summer beauty essentials and scent lineup, from the perfect primer to the sweetest smelling suds… and of course, a healthy dose of rose. Seriously, does a more flawless scent exist?

March Got You Crazed? Here Are 6 Ways To Wind Down When You’re Stressed Out 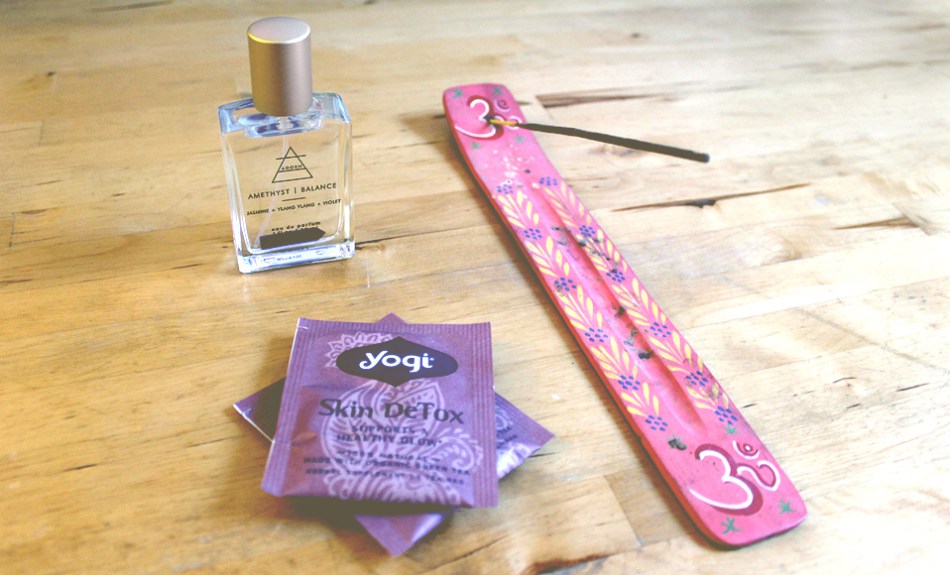 Stop me if you’re totally relaxed, but I get a sense that all of us could use a little reminder to wind down this week. I’ve been living way too much inside my own head and too little in the world around me lately, and I’m sure I’m not alone.

Fresh off a five day retreat to the beautiful Hudson Valley to spend time with the fam recently, I rolled into Grand Central on the Metro North train, only to see my stress was waiting for me on the platform. It was tangible. I wanted to buy another ticket and flee the city for another week.

And you know what? When life feels like that, even though you’re #BlessedAF, it’s time to wind it back.

Here are some of my favorite ways to do exactly that. The best part? All of them can be done from the comfort of home.

Puckering Up with Flickable Lip Gloss 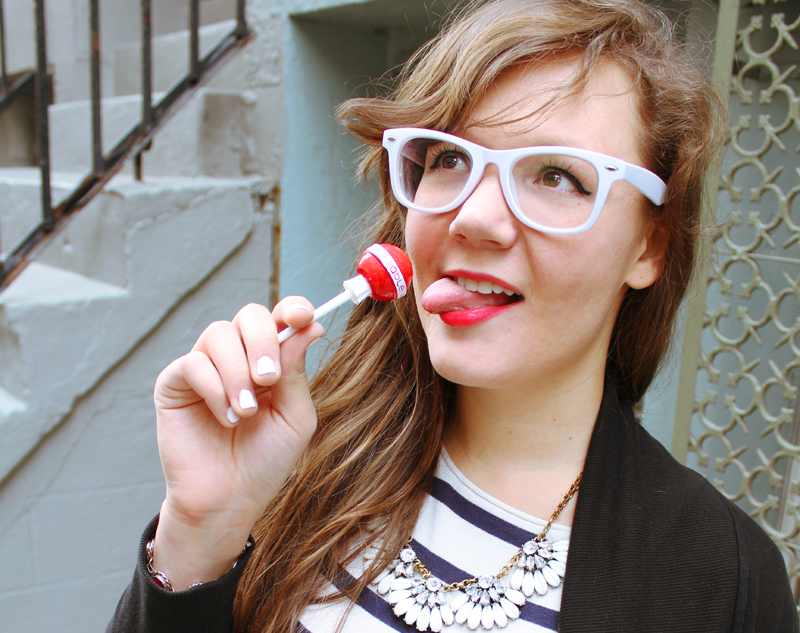 I’ve tried to deny it, but it’s no use. Chapped lips season has arrived with a vengeance!

The cold, windy climate of NYC around this time of the year calls for the perfect combination of saturation, lest you wander the streets with sandpaper lip syndrome. Ouch.

That’s why I couldn’t have been happier to receive a package from Flickable—a super cute new lip gloss brand that packages their gloss in lollipop shaped jars and boasts something you’ll definitely appreciate: a total lack of “sticky feeling” on your lips. 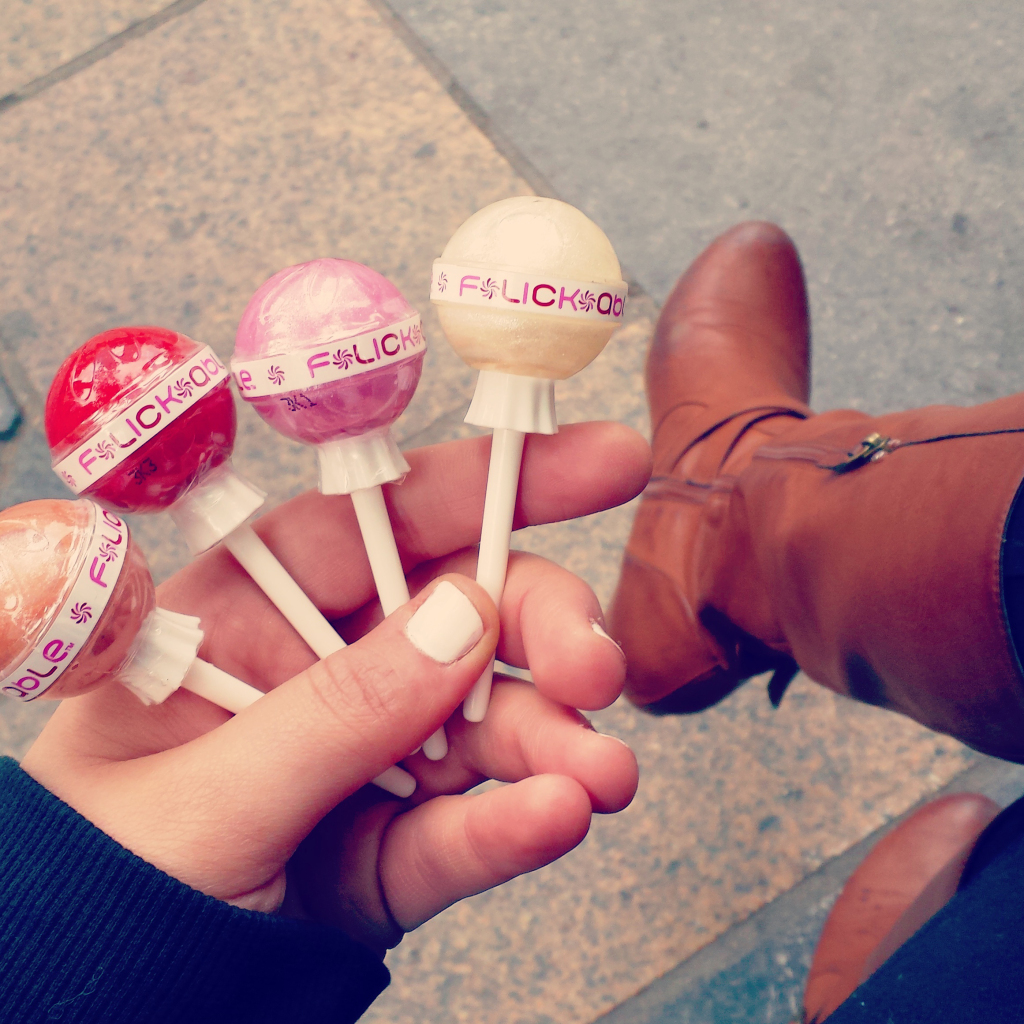 Your Fingertips: Years (and Years) of Nail Art 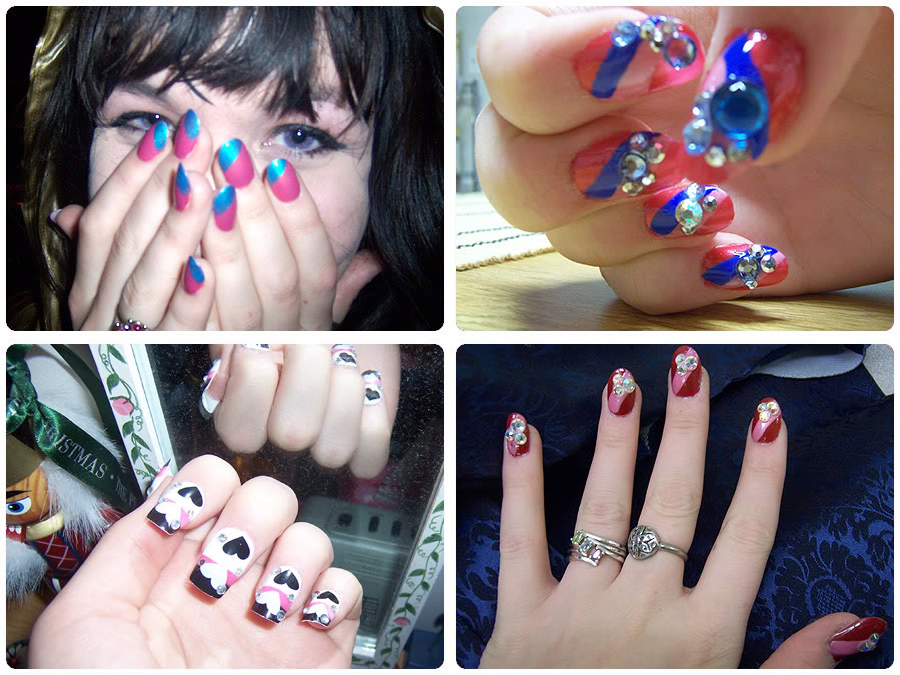 If you’ve been following this blog for more than five minutes, you know I love highly decorated nails, whether slick looking paint jobs or acrylic molded roses or (in my most frequent case), press-ons coated in rhinestones found on design studio floors.

Here are some of my recent & semi-recent nail jobs, one of which made it to the archives of Missbehave Magazine’s blog back when they still had the “Let’s Talk Nails!!” section. 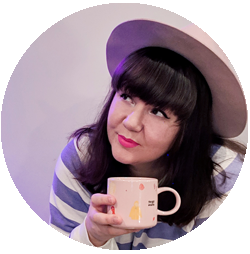 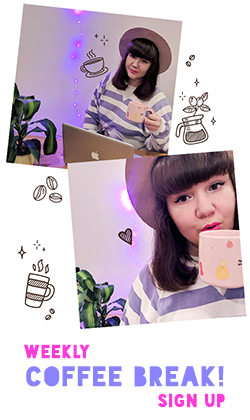 A Brooklyn-based writer who cuts her own bangs and really likes faerie lights. ☕️✨ Founder of @freelancewritingcafe & heymishka.com